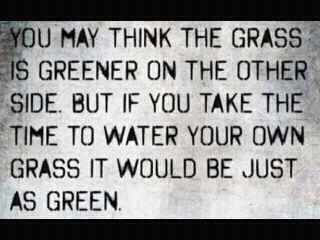 Posted by Helena Fortissima at 5:47 AM

Email ThisBlogThis!Share to TwitterShare to FacebookShare to Pinterest
Labels: disappointment, expectations, names, the grass is greener