From Cupcake Epiphany to The Future Now 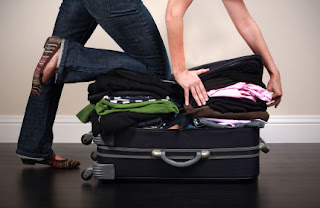 As if packing for Frisco's October micro-climates wasn't challenging enough, she couldn't get Brad out of her mind. They'd moved forward fast. After getting back home from the coffee shop the other night, there'd been a flurry of "Hey, that was  fun, let's do it again soon" messages between them on match.com, prompting an exchange of real e-mail addresses and a plan to get together Saturday evening for Lebanese food. Friday's OR call hadn't been too shabby, so she treated herself to a killer workout, followed by a much needed mani-pedi.


Surprised at her own excitement, which probably stemmed from the fact that she hadn't been able to find a thing wrong with him yet, she dolled herself up, threw caution to the wind, and headed over to the restaurant, on time this time with time to spare. The rest of the night was a blur. Dinner, dessert, and coffee segued seamlessly into hanging out at her place, sitting face-to-face on her comfy brown couch listening to Nobody and the Mystic Chords of Memory and The Clientele, adequately lubricated by unoaked chardonnay. Any lingering inhibition dissolved when he asked her, "Is it all right if I kiss you?" Like white on rice, they were all over each other. Early the next morning, Julie texted to see how the date went: 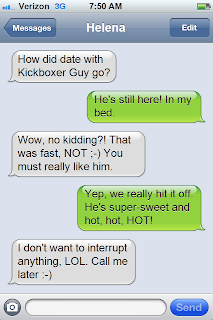 "Hot" didn't begin to do this guy justice; he was visual confectionery. Looks-wise, he was a cross between Daniel Craig, Lance Armstrong, and Spartacus: muscular, slim, finely chiseled
with gentle steely-blue eyes, and an absolutely awe-inspiring
gladiator six-pack to boot. She had no idea a 46 year old man could look like that. According to him, she was easy on the eyes as well, disclosing his reason for following her into the coffee shop the first night they met as "I was checking
out the view from behind." They were like two kids in The Candy Store of Mutual Admiration, but the attraction was far from purely physical. If anything, their connection was metaphysical, transcendent, esoteric.

Long story short, the next five evenings were spent together, ending Friday morning with a wild makeout session in a church parking lot, then sneaking into her bedroom like a couple of teenagers after her own sixteen year old boys were fast asleep. "I'll see ya when
you get back," he promised as he headed off late to work. "How about I pick you up from the airport Sunday night?" Her heart skipped a beat. "Really? You'd do that for me?" Here he was, offering to pick her up after a week of frolicking about San Francisco with her closest friends which, unbeknownst to him, happened to include a Bohemian fuckbuddy. What a mess. With "Torn Between Two Lovers" reverberating on an endless subconscious loop, she kissed him hard. "Sure, why not?" she replied, trying to sound casual. "I'll e-mail you my flight info. See you Sunday." She finished packing, caught a MARTA train to the airport that afternoon, and landed at SFO four uneventful hours later with just enough time to check into the hotel before meeting up with Allen.

Fast forward one week to late Thursday night. For the most part, San Francisco had been a total blast, a whirlwind of meetings, sightseeing, gastronomic adventures, long bayside walks, and random intimate conversations between old friends. Allen had taken her out for seafood on Fishermans Wharf her first evening there. Clearly amused by her epic man troubles, which admittedly were somewhat comical in nature, he listened patiently as she attempted to justify having her cake and eating it, too. "You're burning the candle at both ends, sweetheart," he cautioned. "Why play with fire?" As far as he was concerned, she needed to woman up and make a choice.

Julie, Bryan, and California Boy were arriving Saturday morning, and they were all having dinner together later that night. California Boy was flying in from LAX for a quick overnight stay. He'd fly back to LA Sunday afternoon, and would return by car early Friday morning for next weekend's trip to Napa. Seeing him again was weird, and being with him was even weirder, detached and impersonal. It just didn't feel right. She was relieved when
he left, especially after the Ritz-Carlton incident. No sooner had they met up with her friends for a swanky lounge pre-dinner drink than he started ordering $50 glasses of Dominus cabernet. On her tab. Unbelievable! The next few evenings were spent wining and dining in various hotspots with Allen, Bryan, and Julie, from Thai in Russian Hill to shi shi dessert in the Castro district. Julie flew back to Iowa on Wednesday because of work obligations.


Thursday was set aside for getting to know Bryan. Breakfast with him and Allen that morning was followed by a leisurely 10 mile walk from the Financial District through Haight-Ashbury, all the way to Golden Gate Park. By the time they reached the ocean, their feet and legs were so tired that they took a taxi back to their hotels. The evening ended with dinner, a showing of Beach Blanket Babylon at Club Fugazi, and contraband cupcakes. She and Bryan had been craving something sweet, so he brought along a half dozen Mission Minis to enjoy during the show, but because the club didn't allow outside food, these were confiscated by the coat check girl who promised to return them unharmed. 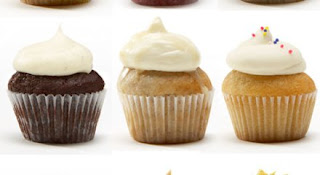 After the show, they piled into a tiny hybrid taxi, sitting on each other's laps, giggling as they gobbled teeny tiny cupcakes with crumbs flying everywhere, barely noticing the stomach-turning hilly ride back to their hotels. Out of the blue, Brad called, just to say hi. Oddly enough, while she was chatting with him, California Boy beeped in and left a voicemail. Allen and Bryan were leaving for their Napa cruise at the crack of dawn the next morning, so once they reached her hotel, it was time to call it a night. "There's one Mission Mini left; we want you to have it!" they'd insisted. That was an offer she couldn't refuse. She kissed them goodbye, then went up to her room to listen to the message. 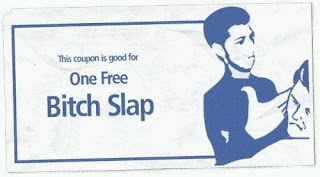 Basically, California Boy was calling to say his car broke down, and though he'd try to get it fixed first thing in the morning, he might not be able to make it until Saturday, if at all. Oh. My. God!!!!!!! Cupcake...stat! He suggested that she either wait for him in the lobby after checking out of her room, or catching a bus by herself out to the spa in Calistoga where they had reservations. Seriously? The obvious solution would have been for him to rent a car, and since that wasn't even mentioned, she wondered if he was just trying to back out. Like an unsolicited bitch slap, the truth hit her between furious nibbles of cupcake. At the wet-ass hour of 11 p.m., the whole sordid situation crystallized into the indisputable reality she knew she'd been avoiding: she was wasting her time with him. Maybe this cupcake epiphany was her call to action.

Seeing as how it was already close to midnight on the west coast, it was too late to call anyone back east. She booked a nonstop flight to Atlanta that was departing around lunchtime, and cancelled her reservations at the Golden Haven Spa and Resort. In less than twelve hours, she'd be on her way home. Before she went to bed, she sent out e-mails to her sons, Julie, and Allen to let them know she'd be heading home early. She debated about whether or not to contact Brad...what if he had plans for Friday night? I'll text him in the morning; the worst he can say is "Sorry, I'm busy."

Sleep was an afterthought; her mind was racing. California Boy was going to be furious with her for e-mailing such an abrupt change of plans instead of calling him, but she was even more certain that her newly-tapped revelation mojo wouldn't survive one of their demoralizing confrontations. Direct communication just wasn't worth the risk. Yeah, the way she handled it was pretty sucky, but she rationalized that he was getting a taste of his own medicine. At 5:30 a.m. PST, she texted Brad. 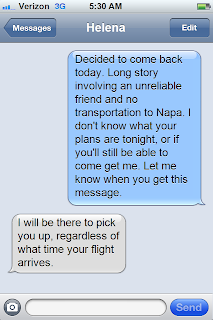 Sure enough, when she stepped off the elevator headed toward baggage claim, there he was. She spotted him first, the
initial recognition hastening her pace as she darted skillfully amongst the throng of slow-as-molasses slothwalkers with her neck craned, willing him to lock eyes with her. Ten eternal seconds later, he saw her too. Mutually focused on converging, they approached each other intently, negotiating the crowd as if they were the only two people in that terminal. "How was your trip?" he asked, automatically reaching for the handle of her carry-on bag. His eyes were kind. "Here, let me get that for you." They collected her luggage from the carousel, then ventured outside to his car. It felt good to be home. She's still not sure whether it was Brad's genteel demeanor or Georgia's balmy October night air that thawed the freezer-burn her heart acquired in San Francisco. Maybe it was a little bit of both. As they drove off together into Atlanta's nocturnal sparkle, a couple of clairvoyant rogue stars within that auspicious celestial canopy aligned precisely, welcoming them into the future now.

Posted by Helena Fortissima at 10:12 AM